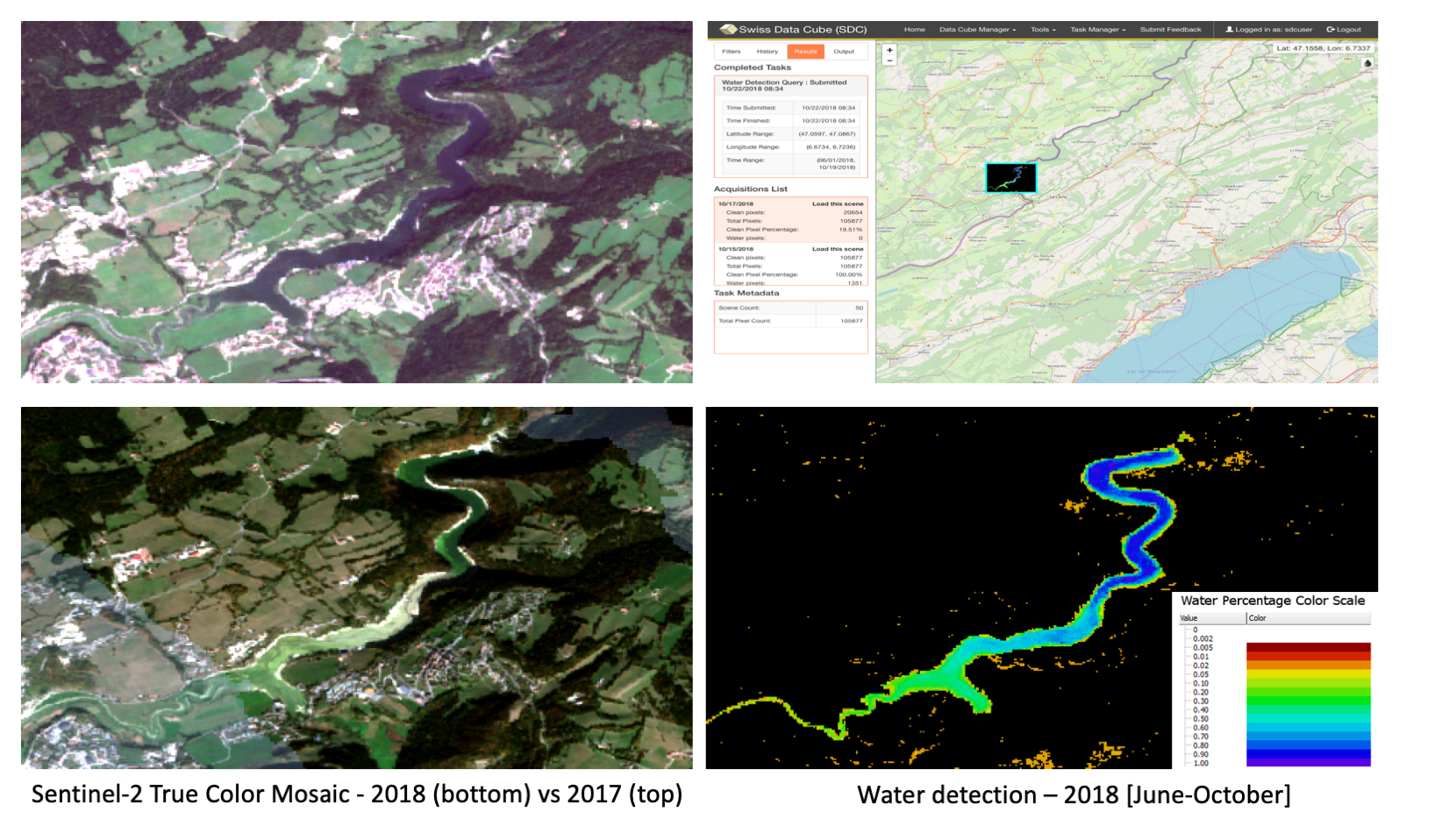 Switzerland is currently knowing one of its most important drought of the last 40 years.
Prolonged heat and dryness conditions during late spring, summer, and early autumn of 2018 has led to drought in most European countries (see).

Different lakes in Switzerland are suffering from water shortages and their water levels are declining. This is the case of  “Lac des Brenets” in the western part of Switzerland. This is a lake on the Doubs River on the border of Switzerland and France. Local media (RTSinfo, Le Matin) have reported an important decline of this lake over the past few weeks.

We used the Swiss Data Cube, to quickly check if we can see the impact of the current drought on this lake. We analysed Sentinel-2 from June 1st up to October 19. First we generated true color mosaic for this period to visually compare the current situation with year 2017. We then used the Water Observations from Space (WOfS) algorithm developed by Geoscience Australia to detect the water decline over the lake. It provides insight into the behaviour of surface water across the area through time detecting permanent and temporary water.

Almost half of the lake has disappeared compared to the same period in 2017.

Having the most recent Sentinel-2 images in Analysis Ready Data (together with algorithm shared by Geoscience Australia) allowed us to run this quick analysis in few minutes. Such an approach can be potentially used to monitor lakes conditions on a continuous basis.

See also the interview of the GRID-Geneva director on Sunday 21st October on the Swiss Television in “Mise au Point” [RTS1] talking about the drought in Switzerland.

Launch of the Atlas of Changing Switzerland