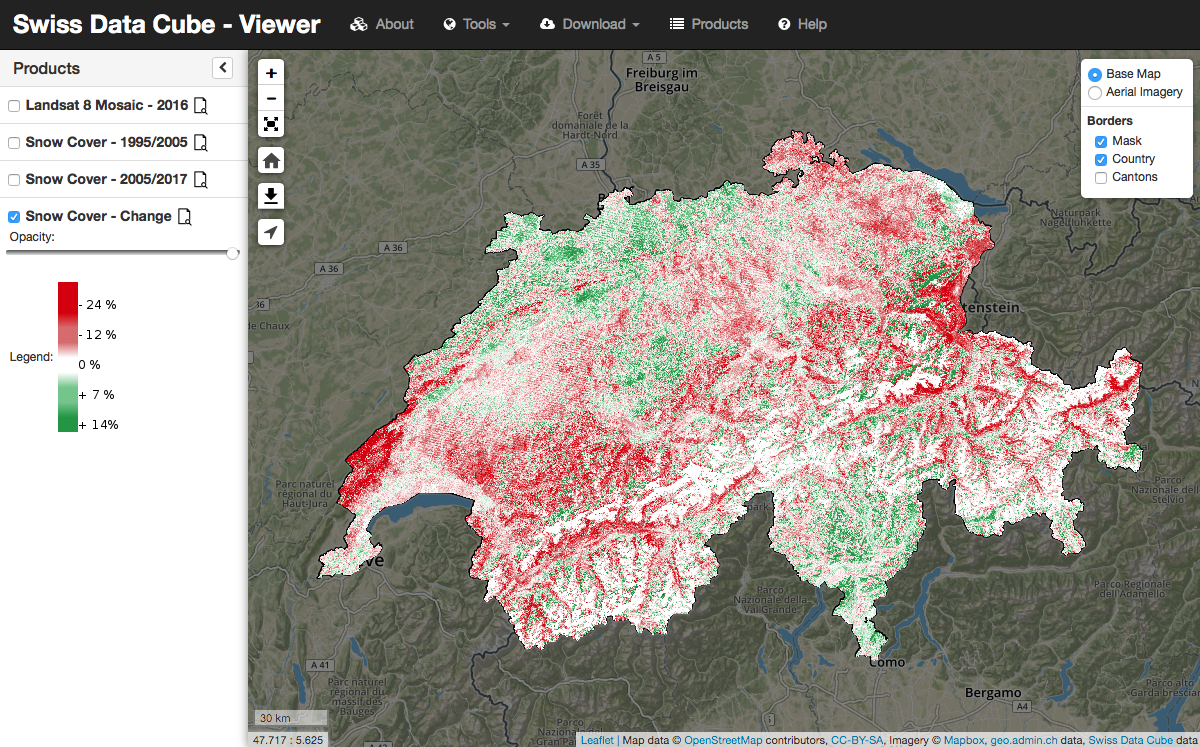 Today during the EuroGEOSS workshop plenary we were pleased to present the first national product generated with the Swiss Data Cube.

We used 22 years of Landsat observations over the entire Switzerland to track snow cover changes using the Snow Observations from Space algorithm.

We observed that in Switzerland, snow is disappearing and this phenomenon is probably linked to global warming. While areas with little or no snow (between 0 and 20% probability of snowfall) covered 36% of the territory during the decade 1995-2005, they spread to 44% between 2005 and 2017. An increase of 5200 km2 which is well beyond any margin of error. This irrefutable observation, drawn up by researchers from the University of Geneva (UNIGE), Switzerland, and the GRID-Geneva of the United Nations Environment Programme, is based on the preliminary analysis of 22 years of satellite data covering the entire Swiss territory. This study was made possible through the development of a new tool, the Swiss Data Cube, initiated on behalf of the Federal Office for the Environment (FOEN). The researchers gathered all the images taken by the last three American satellites of the Landsat Earth observation program, driven by USGS and NASA, and those of the European Sentinel-2 satellite, since their respective launches in the early 1970s.

The Swiss Data Cube is a Swiss contribution to the EuroGEOSS initiative.

Official press release prepared by the University of Geneva in French and English are available for download.